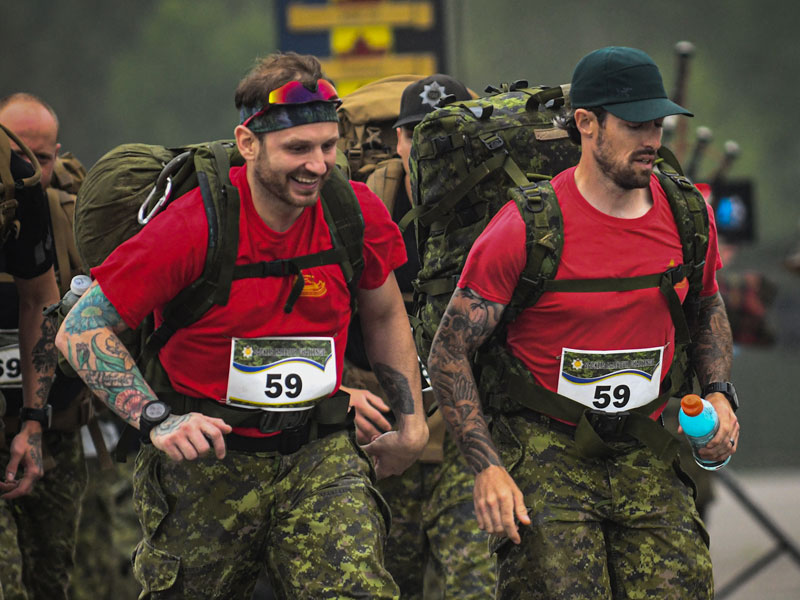 5th Canadian Division Support Base Gagetown witnessed a unique and highly anticipated fitness challenge on August 11, 2022, the long-awaited Exercise SACKET’S CHALLENGE. Organized by the 2nd Battalion, The Royal Canadian Regiment (2 RCR), the event included 80 teams and 160 participants from numerous units across the base, Army, and countless support staff. This high-octane competition included teams of two racing to complete a 14.8 kilometer march, 3.6 kilometer canoe portage, 5.6 kilometer canoeing portion, and finally an exhausting 3.5 kilometer march back to the finish line. This combined 27.5 kilometer challenge of endurance included carrying a 30 pound backpack, or rucksack, throughout.

Exercise SACKET’S HARBOUR, formerly known as the BUSHMAN, has a deep historical connection to the army community in New Brunswick. It draws is roots from the 104th Regiment of Foot’s grueling 1,100 kilometer march from Fredericton (New Brunswick) to Kinston (Ontario) during the winter of the War of 1812. Their lightening march from 16 February to early April (1813) enabled British forces to both repel American incursions into British North America’s colony of Upper Canada, and enabled the launch a series of highly successful raids into numerous American locations. During this period, the 104th participated in the Second Battle of Sacket’s Harbour on the 29th of May, 1813, with the aim of capturing this U.S. naval base on along Lake Ontario.

Lieutenant Peter Hamilton and Captain Dave von Neppel of 2 RCR didn’t hesitate when asked why they’re participating in this challenge. “This is a unit tradition, and nothing says infantry like a good ruck march. We join the infantry to meet challenges head-on. This a great event for the entire ‘One Army Team’ that makes every participant find their perceived limit of physical and mental endurance, push on, and not give up to discover that they are stronger than they thought.” According to the Royal Canadian Armoured Corps School’s Master Warrant Officer Michael Trubela, “I participate in these events because I want to challenge myself and set a proper example for my troops. It tests one’s intestinal fortitude and meet challenges head-on.” Meanwhile, for 5th Canadian Division Training Centre’s Captain Glen Butt and Sergeant Kendall Hartjes of 4 Artillery Regiment (General Support) it’s also about camaraderie, esprit de corps, and leading from the front.

Lieutenant Hamilton and Capt von Neppel spent roughly a month conducting work-up training to prepare them for SACKET’s CHALLENGE, including countless of ruck marches at increasing distances and weights, long runs, and even longer road cycling. According to Lieutenant Hamilton, he spent many occasions during his intensive work-up training also pushing his young child in a stroller during his ruck marches. For Captain Neppel, the best segment of the competition is the canoe portion, “it’s amazing to give your legs a break from all the marching, as long as we can properly steer the canoe…you get to the finish faster if you can go straight as opposed to constantly zig-zag to the end.”

Team categories and their results including the following: 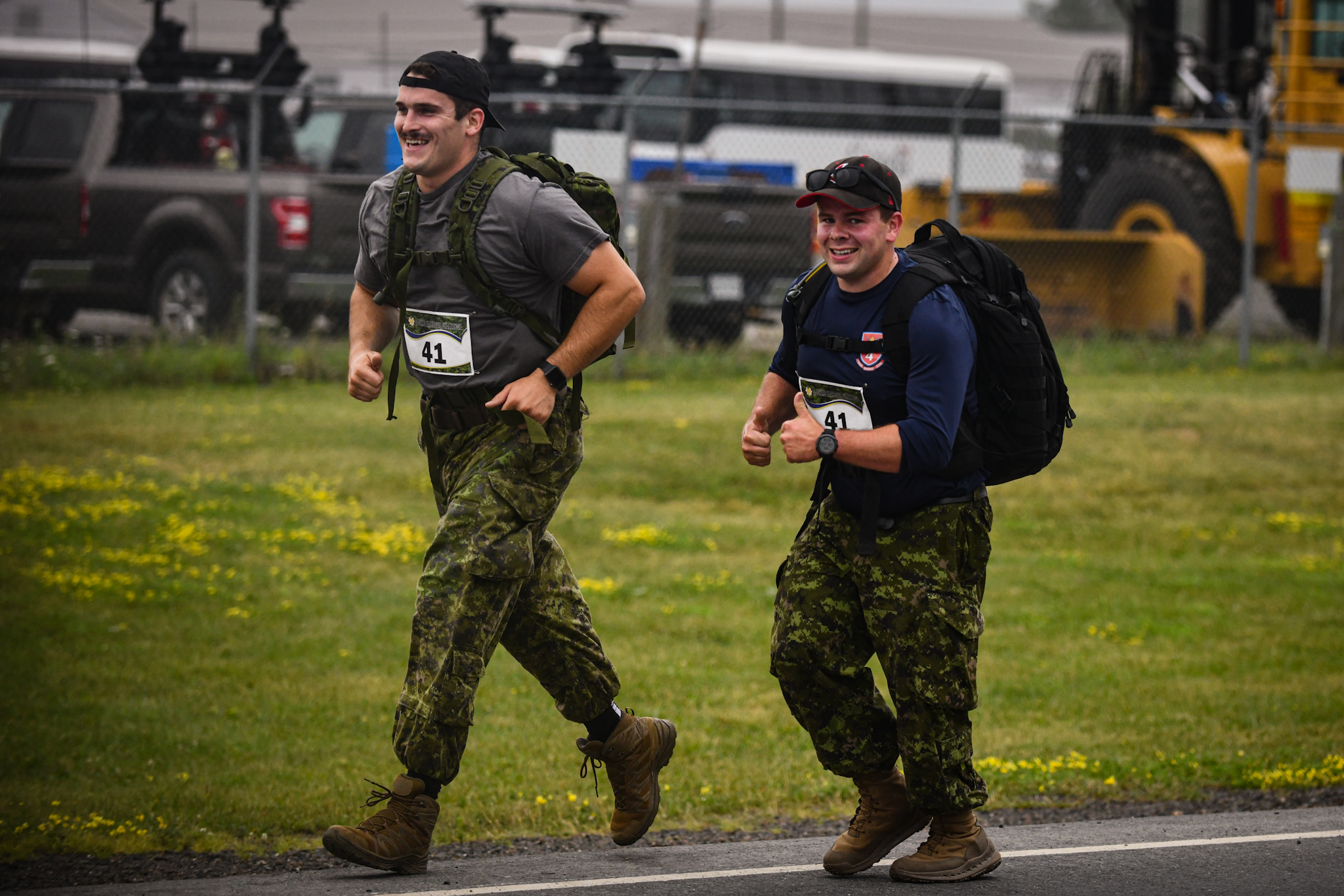