The coin designed by Warrant Officer (WO) Peter Sinnott features the 5 CDSG Garrison St. John’s badge and the Cabot Tower on Signal Hill with the sun rising behind it. The Royal Crown sits atop the crest while it is wreathed in maple leaves. A banner at the bottom reads in latin – “Hanc Primum Sol Illuminat” – meaning “This first (the) sun illuminates” signifying that the sun shines on Newfoundland and Labrador first, every day.

The back of the coin is again ringed in maroon. The top reads “Where once they stood, we stand” – this is a line from the Ode to Newfoundland but also signifies the long history of the military in this province, it symbolises the CAF members who served in the past and those of us who continue to serve. The bottom of the coin reads, “Presented by the Command Team”

The centre of the coin depicts the two provincial dogs, the Newfoundland and the Labrador retriever.

These two proud breeds are known for their loyalty, strength, fearlessness, adaptability and versatility.

The characteristics that these breeds are famous for can easily be used when describing the CAF members that proudly serve at 5 CDSG Garrison St John’s. An outline of the province is above and slightly to the right of the dogs. The coins number is displayed underneath the dogs. 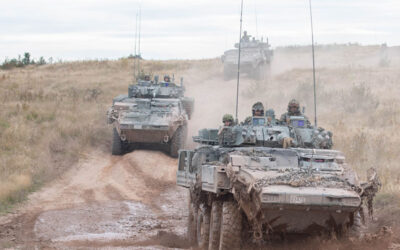 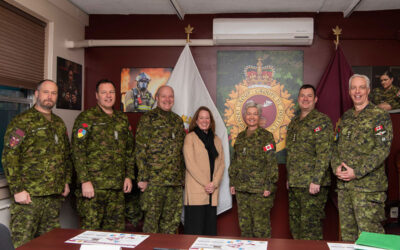 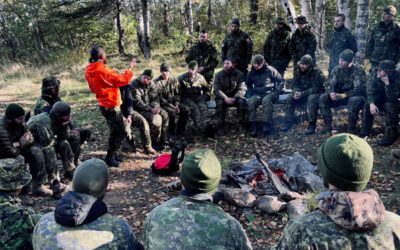 From 22 September to 04 October 2022, candidates of the Basic Engineer Officer Course 1.2 deployed on Exercise ROYAL SAPPER to conduct urban operations training and Troop level infantry tasks, including attacks and raids, to develop their competencies in their...