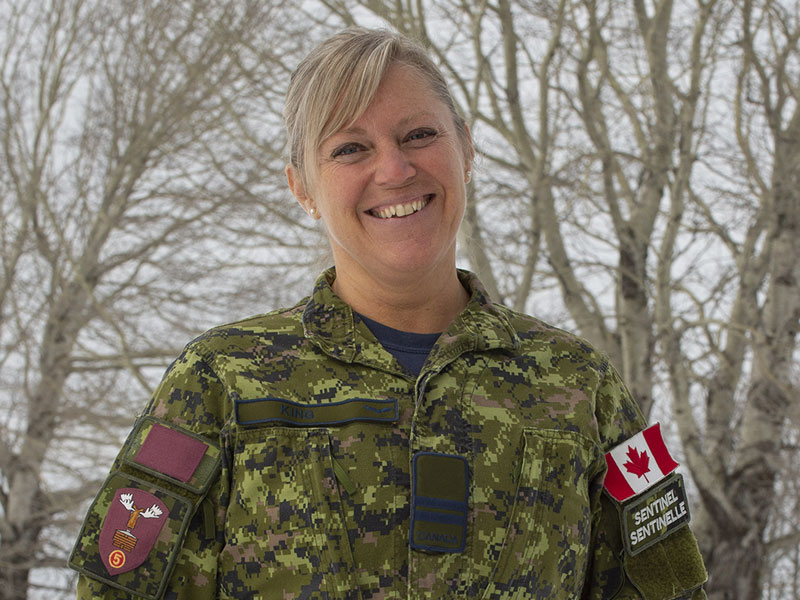 “Change is not just an action. It’s a belief. A person has to believe there’s room for change, then their actions will reflect what they truly believe.”  – Capt Holly King

A native of Amherst, NS, Captain Holly King joined the Canadian Armed Forces (CAF) as a Reserve Force Logistician in 2008.  On posting to 5th Canadian Division Support Base Gagetown in 2013, Capt King and her family settled in Oromocto where they remain to this day.

Shortly after arriving at Base Gagetown, Capt King began her work with Personnel Support Services, holding a number of positions before finally settling into the Base’s Deputy G1 position. Throughout her tenure, some of her many duties have included Command of the Base Auxiliary Security Force, the Base Senior Unit Elections Officer (2017 and 2021), and military co-chair of the Defence Women’s Advisory Organization for Base Gagetown.