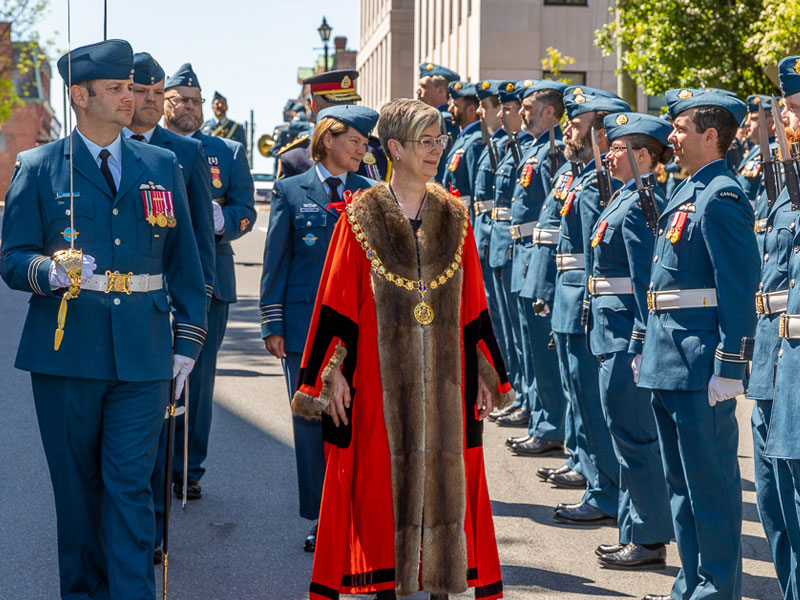 Last weekend, 403 Helicopter Operational Training Squadron was honoured with “The Freedom of the City” of Saint John, NB, which was marked with a ceremonial parade and CH-146 Griffon flyby.

A centuries-old tradition as a demonstration of trust, a municipality may bestow this ceremonial honour upon an affiliated military unit.

Before a city would admit a military unit inside its walls, the Chief Constable would demand to know the reason the soldiers wished to enter the city, and then escort their commander to the chambers of the city council. If the city leaders felt the unit could be trusted, it was granted the privilege known as “The Freedom of the City”.

403 Squadron is located at 5 CDSB Gagetown, New Brunswick, and provides operational aircrew training to the crews who will fly the CH-146 Griffon helicopter.

Members of the 438 Band lead members of the 403 Helicopter Operational Training Squadron during the Freedom of the City Parade in Saint John.